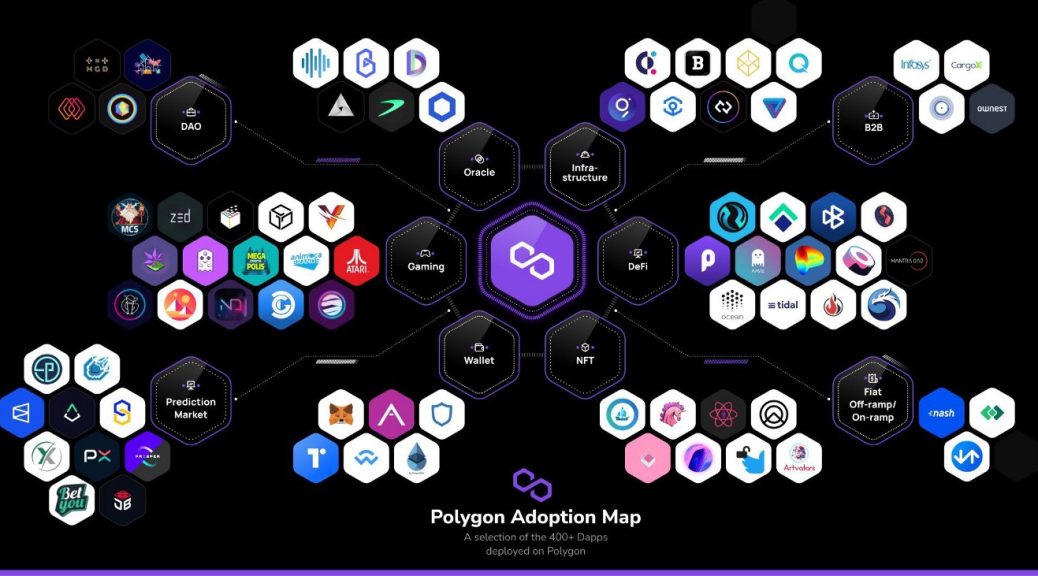 According to a 3 December tweet by token terminal, dApp activity on the Polygon network continued to grow over the last few months. Polygon grew its market share in terms of daily active users and outperformed competitors over the course of the last few months. This spike in activity could aid MATIC’s ailing prices.

It’s the time for dApp active users – at the time of writing, there were 412,000 daily active users on Polygon’s dApps. The network ranked second in this metric out of all cryptocurrencies.

This spike in activity could be attributed to popular dApps on the Polygon network, such as Planet IX and QuickSwap. Both these dApps witnessed a spike in terms of unique active wallets over the past week.

Furthermore, according to DappRadar, Planet IX observed a growth of 3.46% in terms of unique active wallets over the last seven days. Quickswap, on the other hand, witnessed a 22.55% spike in the same period. Planet IX also grew in terms of volume, as can be seen from the image below. The number of transactions on the dApp increased as well.

However, this growth in dApp activity did not translate to improvements in the DeFi space. According to DefiLlama, Polygon’s total value locked (TVL) witnessed a significant decline. In the past 30 days, Polygon’s TVL depreciated from 1.24 billion to 1.07 billion. At the time of writing, Polygon’s TVL had depreciated by 0.44% in the last 24 hours.

Although Polygon did not perform in the DeFi space, its performance on the NFT front did offer some respite. As can be seen from the image below, top NFTs did exceptionally well over the last seven days on the Polygon network.

One NFT collection that stood out in the last week in terms of growth was The Sandbox. It witnessed a spike of over 300% in terms of volume and sales. However, this could be because of the launch of their new Wave 2 Land sale.

Are MATIC HODLers in a dilemma? These developments had little positive impact on MATIC holders, as Polygon’s Market Value to Realized Value (MVRV) ratio declined. This implied that most MATIC holders would lose money if they ended up selling.

However, the Long/Short Difference indicator suggested that addresses that have held onto MATIC for a longer period could still make a profit despite Polygon’s declining prices. Thus, it remains to be seen whether long time Polygon holders will continue to show faith in MATIC or succumb to the selling pressure and cash out.